BIRMINGHAM – Prattville Christian beat Ohatchee 3-1 and Plainview downed St. Luke’s Episcopal 3-1 Wednesday afternoon in the Class 3A semifinals at the 52nd AHSAA Elite 8 Championships being held at the Birmingham CrossPlex and Bill Harris Arena.
The two teams will meet in the finals Thursday at at 10 a.m. in the championship match
at Bill Harris Arena adjacent to the Birmingham CrossPlex.
Class 3A, 6A and 7A opened play Wednesday at the CrossPlex with those finals set for Bill Harris Arena Thursday. Classes 1A, 2A, 4A and 5A championship matches are being played today at Bill Harris Arena.
All matches are being live streamed over the NFHS Network’s school broadcast platform. Veteran announcer Jerry Young is handling the play-by-play for all championship games. For more information, go to www.nfhsnetwork.com. 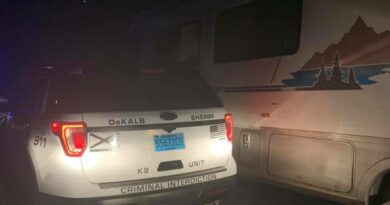 Arrest Made After Brief Pursuit Of Winnebago