The Plainview Bears defeated Cleveland, TN. 8-1 on Saturday, thanks to seven runs in the sixth inning.

The Bears offense in the inning came from walks by John Mathis Arnold and Ethan Williams, by Levi Brown and Noah White, a single by Braden Haymon, and a groundout by Haymon.

The Bears scored seven runs in the sixth inning. Haymon, Brown, Arnold, Williams, White, and Haymon all contributed in the big inning with RBIs.

Harrison Huber scored the first run for the Bears, off of an RBI hit by Ethan Williams.

Brown was the winning pitcher for Bears. The righthander allowed four hits and zero runs over four innings, striking out two and walking one. Austin Anderson threw three innings in relief out of the bullpen.

Evan Liner took the loss for Cleveland. The pitcher surrendered six runs on nine hits over five and two-thirds innings, striking out two and walking zero.

The Bears racked up nine hits. Brown, Arnold, and Haymon each racked up multiple hits for Bears. Haymon, Arnold, and Brown each managed two hits to lead Bears. With Noah White, Same Crowell, and Harrison Huber each getting one hit each.

Jameson Eidson went 3-for-3 at the plate to lead Cleveland in hits. Cleveland was sure-handed in the field and didn’t commit a single error. Mycah Jordan had the most chances in the field with four.

Boaz Police Searching for two on the run 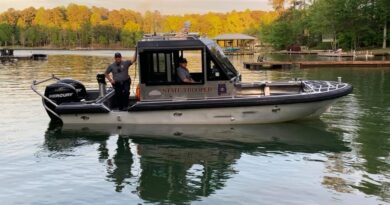