HUNTSVILLE —The Alabama Department of Transportation advises motorists that a major,months-long traffic shift on Interstate 59 in Fort Payne could begin late this week or early next week, if weather permits.

The shift is part of a $25.2 million project, anticipated to be complete in late 2022, to remove and completely reconstruct about eight miles of the northbound roadway from just south of Exit 218 (Alabama 35/Glenn Boulevard) to north of Exit 224 (49th Street). Wiregrass Construction is the contractor on the project.

The northbound on and off ramps at Exit 224 will be closed, but the southbound on and off ramps will remain open. The ramps at Exit 222 (U.S. 11/Greenhill Boulevard) will remain open. Motorists are advised to use alternate routes for the closed ramps. Those merging onto the interstate within the work zone should be aware that some merges will be controlled by stop signs.

A roughly 3-mile segment of I-59 south of the current work area, including Exit 218, will undergo a similar traffic shift, for reconstruction of the remaining section, during a later stage of the project. 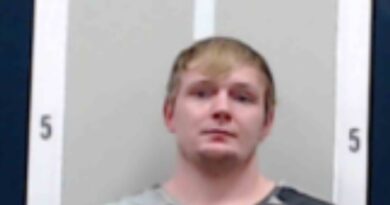 Henagar man arrested for Electronic Solicitation of a Child