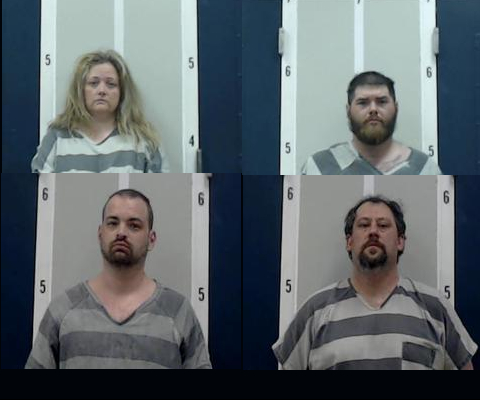 While at the residence, a search warrant was obtained. During the search, approximately one pound of marijuana was seized along with 14 THC vape pen cartridges, digital scales, and other assorted paraphernalia, as well as one firearm.

Dupree was also charged with an additional charge of Unlawful Possession of a Controlled Substance for prescription medication.

DeKalb County Sheriff Nick Welden said of the arrests: “We greatly appreciate the tips we get from the public, and we’re working hard in pursuing these tips. It’s definitely a way we can work together as concerned citizens for safer communities.” “I’d like to also thank the Fort Payne Police Department for their assistance in this case. God Bless,” Sheriff Welden concluded.

May 18, 2020 Mark Huber Comments Off on ATV/UTV’s recovered by JCSO and Scottsboro PD