FORT PAYNE, Ala. — Three are in custody after attempting to break-in to a business in Rainsville and attempting to elude DeKalb County Deputies.

Additional deputies and Fort Payne Officers were awaiting for the vehicle at the Fort Payne City Limits. When the vehicle passed Walmart, the suspects pulled into the Alabama Crossings parking lot. They then fled on foot into the wooded area behind the Landers McLarty Ford Dealership.

All three suspects were quickly apprehended by deputies and officers. After inventorying the vehicle, deputies found illegal prescription pills. After the chase had concluded, Deputies were notified that the Rainsville Police Department had received a report that the suspects in question were caught by the owner attempting to break in to Monarch Carpet on Highway 75.

The driver, Antonio Headspeth (31 of Atlanta, Georgia), was charged with Possession of a Controlled Substance, Possession of Drug Paraphernalia, Reckless Endangerment (x2), Attempt to Elude (x2), and multiple traffic citations.

The passengers, Derrick Headspeth (31 of Shefield, Alabama), and Deangelo Wright (22 of Atlanta, Georgia) were charged with Possession of a Controlled Substance, Possession of Drug Paraphernalia, and Attempt to Elude.

Further charges are pending as the Rainsville Police Department is investigating the attempted burglary.

DeKalb County Sheriff Nick Welden said: “Our deputies did a great job at apprehending these suspects. They quickly put a plan into place as soon as the pursuit started, and left the suspect with nowhere to hide.”

“As we have an interstate and major highways passing through our county, we frequently have people from several counties away or even other states stop in and commit crimes. These suspects see us as an easy target that they can just hit a business or residence and quickly get away. Proactive law enforcement work makes it difficult for them to commit these crimes and get away with it,” he said. “We want it to be known that DeKalb County isn’t an easy target.”

“I’d also like to ask our citizens to be alert and notify the DeKalb County Sheriff’s Office or their local agency if they spot individuals not from here behaving suspiciously,” said the Sheriff. 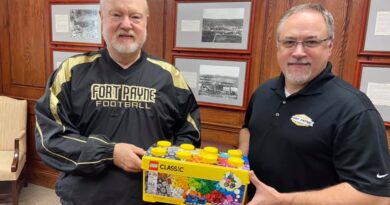