At approximately 11 pm, Deputies and Drug Task Force Agents went to a residence on County Road 107 to investigate complaints from the community. Marijuana, Kratom, Methamphetamine, and numerous items of drug paraphernalia were found. Four individuals at the residence were taken into custody.

Those arrested at the residence were:

DeKalb County Sheriff Nick Welden said of the arrests: “This operation was carried out at the request of the community. We take complaints seriously and follow up on them.”

“I appreciate tips from concerned citizens. I would also like to thank our deputies and Drug Task Force for diligently following up on these tips. We strive to make our roads safe for law abiding citizens,” he said. 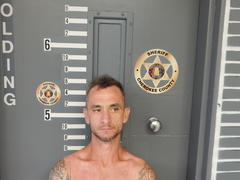