Three men were arrested by Cherokee County deputies Tuesday evening after a brief pursuit.  According to Sheriff Jeff Shaver, deputies attempted to stop a vehicle on Highway 9 south when the vehicle began to flee.  The suspects threw illegal drugs and paraphernalia out of the window before the pursuit ended.  Sheriff’s Office investigators recovered the items and additional methamphetamine and heroine.  The three individuals in the vehicle were taken into custody for multiple crimes including, 2 counts of unlawful possession of a controlled substance, unlawful possession of marijuana, unlawful possession of drug paraphernalia, tampering with physical evidence, resisting arrest, and attempting to elude. Marvin F. Fortenberry, 50, Chadwick S. Phillips, 43, and Kenneth D. Kennedy, 47, all of Piedmont, were transported to the Cherokee County Detention Center. 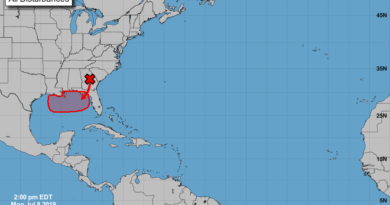 Tropical Weather Development Possible in the Gulf of Mexico 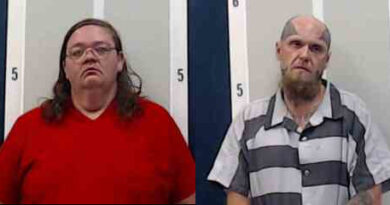