Last night at approximately 8:28PM the City of Rainsville was hit by a significant storm. At this time our office hasn’t received word that this was a tornado. There are several pictures and videos of a possible tornado taking the path of the damage. As of 10:13AM power and other crews are out cleaning up damage and working to restore power to all areas of the City of Rainsville. Daylight made it easier to see the damage sustained to our area. We do have houses, property, and a lot of trees damaged in our city. Rainsville Police Department is asking the public to stay at home and please stop riding through “site seeing” as this makes it difficult for crews to clean up, as well as property owners to establish damage to their property. RPD also wants to reiterate that it is illegal to drive around a police barricade. There are also rumors floating around on Facebook that the storm shelter at Plainview School was locked as the storm hit. This is not true. As stated in an earlier press release, the shelter was unlocked at approximately 5:00PM and manned by a RPD officer until after the threat of severe weather had passed.

Rainsville PD is starting to see people in the community starting to step up in this time of need. At this time RPD asked that people wanting to help by making donations contact the Dekalb County EMA, or drop them off at the Rainsville Farmers Market off Ledbetter Lane. There will be staff there to take those donations.

Rainsville Police Department also wants to thank Rainsville Fire Department for their tireless effort throughout this event. RFD is still out at this time helping crews clean up, as well as assessing damage to property, on top of answering calls of service in the community.  As mentioned in the former press release, RPD wants to thank all the departments who offered help after the storm hit. It was a matter of minutes before the City of Rainsville had officers from departments from all local areas, as well as other local fire departments

Chief Edmondson stated “he is proud of all the support this community has given during this time”. 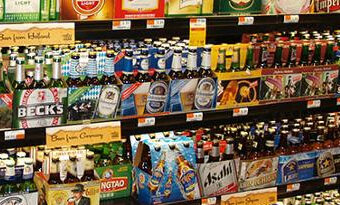 Here is a look at the Tuesday Ballot for the City of Rainsville, Al.