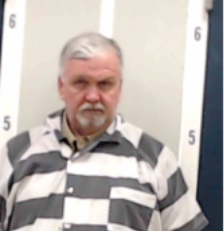 The supervisor of a wastewater treatment facility where investigators found an unlicensed winery was convicted upon his plea of guilty to Unlawful Possession of Prohibited Liquors/Beverages on March 10, 2021.  He received a sentence of 90 days suspended for a period of 12 months plus a fine and court costs.

According to the DeKalb Attorney’s Office, Allen Maurice Stiefel, 62, appeared before District Judge Steve Whitmire with his attorney and accepted responsibility for offense as a part of his agreement/plea.  His conviction arises from an arrest made on or about Friday, December 18, 2020.  Chief Deputy District Attorney Bob Johnston credited an excellent investigation led by Investigator Nick Brown with the DeKalb County Sheriff’s Office for the successful resolution in court.

At the time of Stiefel’s arrest Mayor Roger Lingerfelt expressed shock at the discovery at the facility. He said the supervisor had worked there almost 15 years and had been an excellent employee with no prior problems.

Thursday evening, December 17th, 2020, Sheriff Nick Welden revealed narcotics agents and investigators responded to an anonymous tip at the Rainsville Wastewater Treatment Plant. The mayor was contacted to get access to the plant, the sheriff said in a news release at the time.

DeKalb County Sheriff Nick Welden says narcotics agents were responding to an anonymous tip when they discovered an illegal winery at the Rainsville Wastewater Treatment Plant.

In a news conference at the time, Lingerfelt said he contacted a key holder, and they went to the facility. He said investigators told them about the tip that there was illegal activity going on there.  They went inside, he said, and found the unlicensed winery in a corner of the facility.

Upon his plea of guilty to the charge, his remaining case was dismissed. 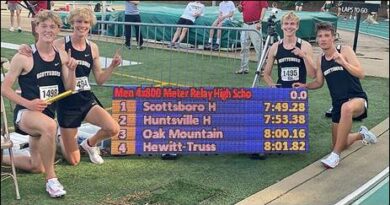