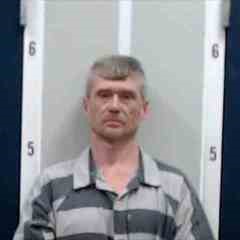 The victim was able to video the suspect with her phone after the alleged rape had occurred. A DNA sample was obtained and sent to the Alabama Department of Forensic Science for analysis. The analysis was returned to the Rainsville police department after a period of time, and identified the suspect as James Barlow Calfee.

The DNA profile was matched to a DNA sample on file that was taken from Calfee in Washington state where he was charged with robbery in the 1st degree. He was found guilty of that charge and was sentenced to prison. The DNA evidence, along with the video that was recorded of the suspect, led to a warrant being obtained for Calfee’s arrest and entered in to NCIC. Calfee’s whereabouts were unknown. On March 5th, 2021, the Rainsville police department was contacted by Kentucky State police. A trooper in Letcher county Kentucky, in the city of Whitesburg, stated that he had conducted a traffic stop and identified the driver as James Calfee. Calfee was arrested and charged with dui and receiving stolen property in the 1st degree because he was driving a stolen vehicle.

After running Calfee through NCIC, the rape 1st degree warrant alerted Kentucky authorities, prompting them to contact the Rainsville P.D. A copy of the warrant was faxed to Letcher county jail and they held Calfee until extradition could be arranged. Calfee waived extradition and was transported to the Dekalb county sheriff’s office on March 25th, 2021. Prosecution is pending.

The Rainsville police department would like to extend our gratitude to the Kentucky state police, Letcher county sheriff’s office and jail, Letcher county clerk’s office, and the Dekalb county sheriff’s office for their help and for the work they all did in the effort to bring Calfee into custody in the pursuit of justice in this case. Chief Michael Edmondson stated, “I am proud of the work that has been done by our department, and by the agencies who have assisted us in bringing Calfee back to Alabama so that we can bring closure to this case. It has been a team effort. This is also a great example of the importance DNA evidence. It was a vital part of identifying the suspect.Calfee is behind held at the Dekalb county jail. Universal Face Covering is Recommended to Reduce Spread of COVID-19