The entire student body and faculty were on hand today to watch as the Plainview Bears varsity basketball team were presented with their 2019 State Championship trophy from the AHSAA. Plainview High School Principal Tony Richards, “It’s great to win a state championship, it’s even better to win two”.

Coach Robi Coker, “We had a group of coaches and a group of players that have sacrificed so much time and effort to make today happen. The amount of time and energy that this team has put into this effort is amazing. Their unselfishness and trust in one another is truly remarkable and they sure know how to win.”

AHSAA Executive Director Steve Savarese said of the team and community, “This community has had the privilege to be part of two outstanding state championships. I remember 3 years ago when a team called Midfield won the state championship, in a very close game, against Plainview. I watched these young men when that game was over and I’m positive that that experience is what’s lead them to now being two-time state champions. I congratulate this entire community for a job well done with these young men.” 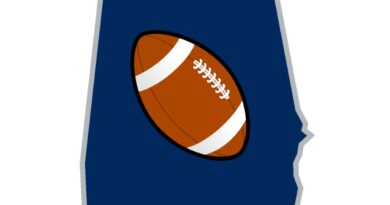 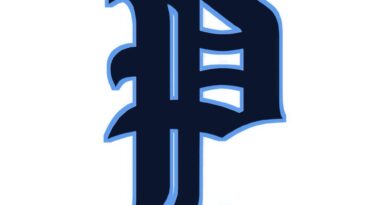