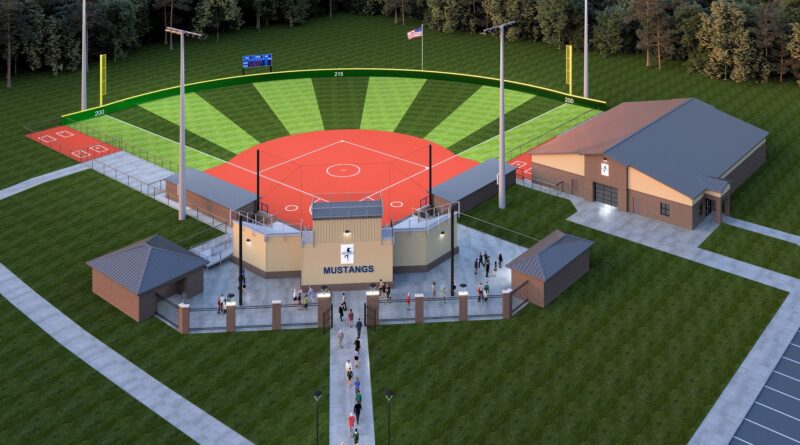 Pictured is a rendering of the proposed softball facility at NACC.

“This is a first step,” stated NACC President Dr. David Campbell, “It is our belief that given the popularity of women’s softball in our area and in the state, and given the quality of players that we have in our area, this would be quite a success.”

As a part of the process to get the stadium approved by the Alabama Community College System (ACCS), the college submitted renderings of a women’s softball stadium that were drawn by the architectural firm of McKee and Associates. The proposed stadium is state of the art, with lights for nighttime games and artificial turf.

The initial estimate on the cost of the stadium is 5.2 million dollars. “We thank our system and Chancellor Jimmy Baker for this opportunity,” Campbell stated. “We have naturally felt we should take care of workers and workforce training in our area before delving into too many areas. We have done that by adding more than twenty career tech programs over the past few years and by adding an industrial systems building and a technology laboratory.”

“But the real clincher here,” Campbell says, “is that the college soon will be starting construction on a workforce training center, estimated to cost twenty-five million dollars. This facility will be paid for from a state bond issue initiated by Chancellor Baker. Area legislators house majority leader Nathaniel Ledbetter and senator Steve Livingston were key leaders in getting this bond issue passed. We now can use our reserve funds to establish the softball program and build a stadium,” Campbell stated.

Campbell noted that this is only the first step in getting a program going. “We have to get our proposal approved by Chancellor Baker and the Alabama Community College System and then the ACCS Board of Trustees. We must show that we are fiscally capable of adding the softball program and the stadium. I am confident that we can do this,” Campbell added.

The stadium would be constructed just south of the college’s walking/nature trail on campus. The trail goes around a four-acre lake on campus. “This is a beautiful part of our campus,” stated NACC Dean of Instruction Chad Gorham. “Many people in the area and our students walk the trail daily,. Gorham added that the addition of the softball stadium would create a beautiful recreational area for the college. “We also would host women’s summer softball camps,” stated Mr. Gorham.  “We think it is very important to involve our community in activities.”

NACC Business Manager Rodney Bone added that the college would welcome high schools in the area to use the stadium for some games if it fits their schedule. “We have a history of being involved in our community and this would be another way to achieve this,” Bone stated, “Of course, this would also be great for our student recruiting.”

After the program and stadium are officially approved, the college would then begin the process of hiring a coach and recruiting and signing players. The college would join other Alabama community colleges in the Alabama Community College Athletic Association, headed by Director Dean Myrick.

College officials plan to have the Northeast team play at the highest classification in the athletic association. “Look at the history of women’s softball teams in our area and the success of individuals,” Campbell stated. “We have champions in our area, and we want them to play against the best competition out there.”

At this point, college officials said, it is difficult to establish an exact timeframe for the beginning of women’s softball at Northeast. The proposal and stadium must be officially approved, the team organized, and the stadium built. There are a lot of hurdles in this process,” Campbell noted, “such as the rising cost of construction. “However, I would love to see this all in place in a couple of years,” Campbell concluded. “But we will see!”

Northeast is a comprehensive community college with some 2,650 students registered for the fall semester. The Aspen Institute has rated NACC as one of the top community colleges in America five times. This is out of some 1,200 community colleges. The college is characterized by the use of advanced educational technology that is available to students. The college has been ranked number one in various categories within the Alabama Community College System. 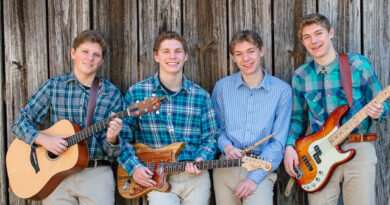