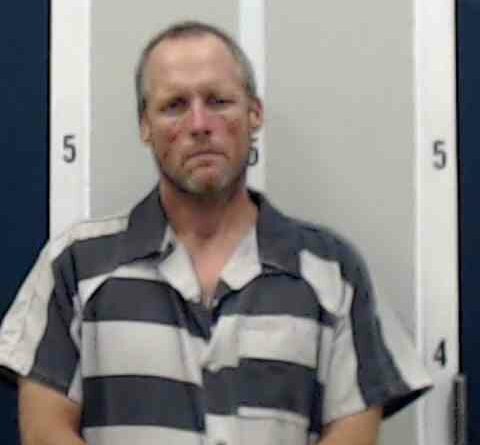 FORT PAYNE, Ala. — Over the last two weeks, the DeKalb County Sheriff’s Office Narcotics and Interdiction team has been busy. Multiple arrests have been made as a result of investigations and assisting local police departments in narcotics cases.

A DeKalb County Narcotics Agent who serves on the state task force conducted a traffic stop Saturday, September 28th at the intersection of Highway 35 and County Road 19 in Section.

With the help of a K-9 unit, the Agent located approximately 110 grams of Methamphetamine.

John Winston St. Clair (29 of Stevenson), Whitney Paige Rollins (25 of Scottsboro), and Keri Brooke Winkles (30 of Scottsboro) were charged with Trafficking in Methamphetamine and Unlawful Possession of Drug Paraphernalia. All were taken to the Jackson County Detention Center where they remain on a $25,300 bond.

On Tuesday, October 1st, The DeKalb County Narcotics Unit went to a residence located off of Barry Street in Powell to follow up on multiple drug complaints that were received through the sheriff’s office tip line.

During a search of the residence, approximately 18 grams of Methamphetamine was discovered. Two male subjects, Donald Wade Patterson (45 of Powell) and Michael Wayne Bowen (52 of Rainsville) were arrested.

On Thursday, October 3rd, officers with the Sylvania Police Department answered a call with the Department of Human Resources (DHR) on County Road 407. While there, Sylvania Officers noticed drug paraphernalia. They contacted the Narcotics Unit and a search warrant was obtained. While executing the search warrant, a large amount of marijuana as well as methamphetamine was located. Evidence that is consistent with a growing operation was also found at the location.

On Friday October 4th, a Fyffe Police Officer Conducted a traffic stop on County Road 400 near the intersection with County Road 43. During the stop, the Narcotics and Interdiction team was contacted, and a search of the vehicle revealed nearly half an ounce of methamphetamine and drug paraphernalia. Todd Owen Jackson (44 of Grove Oak) and Kimelia Dunham (61 of Grove Oak) were arrested on scene.

Also, after a further investigation of the incident on Saturday, October 5th, regarding the child left unattended the Narcotics Unit has pursued additional charges of Possession of a Controlled Substance and Possession of Marijuana 1st on Dustin Smith (31 of Collinsville).

Also on Wednesday, October 9th, Narcotics and Criminal Interdiction agents executed a search warrant on County 121 in Fort Payne. During a search of the residence, agents found methamphetamine as well as assorted drug paraphernalia, which resulted in the arrest of Steven Spencer (50 of Fort Payne), Amber Bradshaw (23 of Fort Payne), and Teresa Spencer (36 of Fort Payne).

All were charged with Possession of a Controlled Substance and Possession of Drug Paraphernalia. DHR was called for the safety of the children and removed them from the residence.

DeKalb County Sheriff Nick Welden said of the Arrests: “The hard work and late nights continue to pay off for our Narcotics Team. We’re blessed to have such a dedicated group at work in our county.”

“They will continue to work on attacking our county’s drug problem. As most crimes are drug related, these guys are on the frontline to ensuring the safety of our communities,” he said.

Alabama Governor Kay Ivey, “This order was intended to apply to non-work-related gatherings”