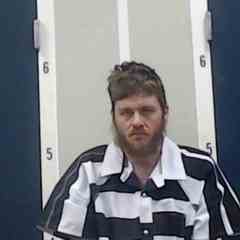 FORT PAYNE, Ala. — A Collinsville man is in the DeKalb County Detention Center after a 2-year-old child was found alone in the roadway on Saturday night (October 5, 2019).

The DeKalb County Sheriff’s Office was notified at approximately 9 pm of a small child alone in the roadway on County Road 12 (South of Collinsville). Emergency Medical Personnel had found the child, but was unable to locate a parent nearby.

When deputies arrived on scene they checked the nearest residence, but no one was home. Shortly after the father of the child, Dustin Smith (31 of Collinsville) emerged from a field nearby the home.

More charges may be pending upon further investigation. DHR was notified and placed the child in custody of a relative.

DeKalb County Sheriff Nick Welden said of the incident: “This is exactly why we feel so strongly about not having narcotics around children; the two do not mix. This child could have been seriously hurt, killed, or abducted due to this parent’s negligence.”

“I’d like to thank the Emergency Medical Technicians who found the child and commend our deputies for handling this situation so well. If it had not been for them, this situation could have been a whole lot worse,” he said.

Heavy Thunderstorms and Rainfall Causes Issues Across the Area

February 6, 2020 Staff Reporter Comments Off on Heavy Thunderstorms and Rainfall Causes Issues Across the Area 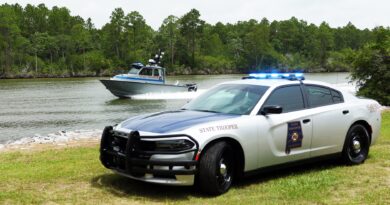