FORT PAYNE, Ala. — Early this morning (March 26, 2019), an off-duty Ider Police Officer was arrested for Driving Under the Influence (DUI) after he was pulled over by a DeKalb County Deputy.

At approximately 3:30 am, a Deputy noticed a Black Chevrolet Avalanche traveling westbound on Highway 35 toward Rainsville in the middle of the road. After the vehicle crossed the dividing line several times, nearly striking an 18-wheeler, the Deputy conducted a traffic stop.

After further investigation, the driver, Jeremy Pinegar (32 of Rainsville) was charged with Driving Under the Influence (DUI). Pinegar was currently employed as a Police Officer in the Town of Ider.

DeKalb County Sheriff Nick Welden said of the arrest: “Those of us that are employed as law enforcement officers are held to the highest standards, and those that cannot conform to those standards have no place in this line of work. Drinking and driving is a serious offense as it endangers innocent people on the roadway.”

“I’d like to commend our deputy for being alert and getting this driver off the roadway before anyone was seriously hurt. I’d also like to thank the Officers with the Rainsville Police Department for assisting in the stop,” he said. 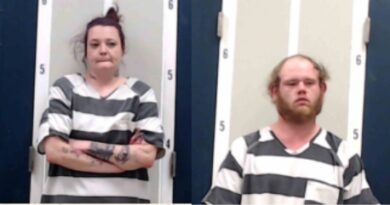 Two people in Henagar charged with trafficking in methamphetamine 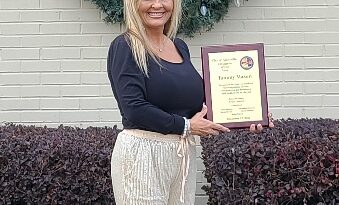 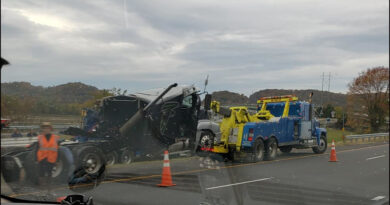 18-Wheeler Hits Pickup Truck and Knocks It Into River