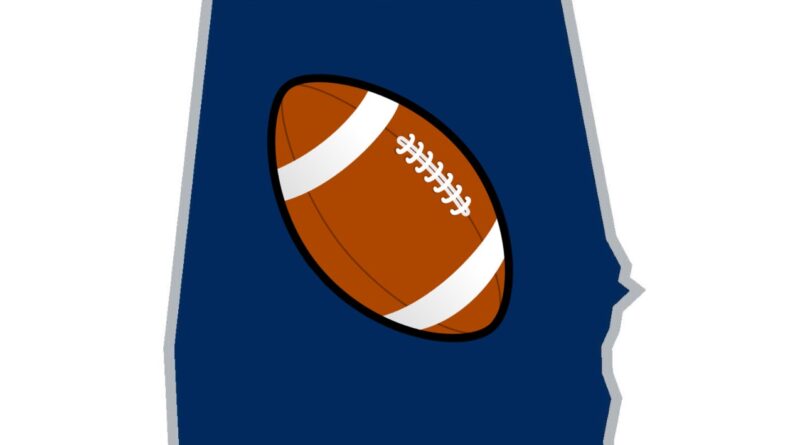 MONTGOMERY – The AHSAA’s winningest high school football programs over the last 10 years have been heading for a showdown all season.
The showdown has arrived – and the AHSAA TV Network will be there to televise the game live to the state over its WOTM TV network of cable affiliates and will live-stream to the nation over the NFHS Network.
The AHSAA TV Game of the Week takes on even bigger meaning this week especially since so many want to see what could well be billed as the top small-school game of this century.
WOTM TV’s Vince Earley said his broadcast crew has been anticipating this match-up all year and is glad to be able to broadcast live this week from Fyffe’s Paul Benefield Stadium. Kickoff is set for 7 p.m. It was announced at Saturday’s Playoff Coaches Meeting last weekend.
Fyffe and Piedmont both also plan to live-stream the contest over the NFHS Network portal as NFHS Network School Broadcast Program schools. This game will be one of 10 semifinal games currently planned over the NFHS Network through its school broadcast program.
The most recently added game for the semifinals is Pleasant Grove vs. Ramsay, which NFHS Network spokesman Stefan Lollar announced was added on Tuesday. The Class 5A Region 5 rematch will be played at Birmingham’s Legion Field on Friday. Others currently set for the NFHS Network Friday are: (2A) Abbeville at Leroy; Spring Garden at Mars Hill Bible; (3A) Montgomery Catholic at Montgomery Academy; (4A) Handley at American Christian; Gordo at Etowah; (5A) Faith Academy at St. Paul’s Episcopal; (6A) Saraland at Spanish Fort; Mountain Brook at Pinson Valley.
Fyffe (13-0) rolls into Friday’s Game of the Week riding a 13-game playoff win streak and a 43-game winning streak overall – dating back to 2017.  Head coach Paul Benefield, who had the stadium named in his honor earlier this season, and the Red Devils have had a season to remember in 2020. The Red Devils won the 2018 and 2019 Class 2A state football titles and moved up to Class 3A this season and rolled through Region 7 undefeated at 7-0.  The Red Devils also made Benefield the newest member of the AHSAA’s very limited 300-win club. His head coaching record is currently 310-53 in 29 seasons overall (85.4%) and 265-42 (86.3%) at Fyffe over the last 24 seasons.
Fyffe is also the state’s winningest team this decade (2011-2020) compiling an incredible 132-7 record (95.0%) with 5,917 points scored to just 1,340 allowed during that span – 42.6 points scored an 9.6 points allowed during that span. The Red Devils have gone 15-0 four times during this 10-year span with four state titles, one state runner-up finish and this week’s semifinal game will be the school’s seventh in last eight seasons. Their playoff record has been 34-5 and region record is 67-1 with a current region winning streak of 39 in a row dating back to their last region loss (21-14 to Cleveland) on Set. 4, 2015.
Piedmont High School’s road to this week’s battle is almost as impressive. The Bulldogs of Coach Steve Smith are 121-16 in this decade with three Class 3A state titles and one-runner-up finish. Piedmont is also playing in its sixth semifinal in a row since 2015 and has a 31-6 playoff record from 2011-20.
Smith is 173-30 (85.2%) in 15 seasons at Piedmont and is 258-75 (77.5%) overall. His Bulldogs won the Class 3A state crown last year and had back-to-back titles in 2015 and 2016. Piedmont 31-6 in the playoffs over the last 10 years and 64-5 in region play. Piedmont has outscored opponents 5,071 to 1,953 over this period – averaging 37.0 ppg and allowing 14.3.
The two schools have met twice playing in 2006 and 2007 with Fyffe winning both contests.
The winner of Friday’s AHSAA TV Game of the Week will play the winner of Montgomery-Catholic and Montgomery Academy Dec. 3 at Bryant-Denny Stadium. That game and all other Super 7 finals will be produced by WOTM TV for the AHSAA TV Network and NFHS Network. The Super 7 will be Dec. 2-3-4.
More than 150 AHSAA basketball and wrestling contests are set for the NFHS Network this week. The NFHS Network link for the Piedmont-Fyffe Game of the Week is:
https://www.nfhsnetwork.com/events/ahsaa/gamc6848572d4

The complete AHSAA schedule of events set to be livestreamed over the NFHS Network tonight through November 28 can be found at:
https://www.ahsaa.com/List-of-NFHS-Network-Games

A subscription allows the viewer access to any events on the NFHS Network. Monthly and yearly subscriptions are available. For more information on how to subscribe, go to the following link:
https://www.nfhsnetwork.com/subscribe/retail 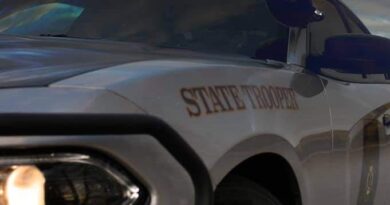 One Fatality From Single Vehicle Crash On I-59 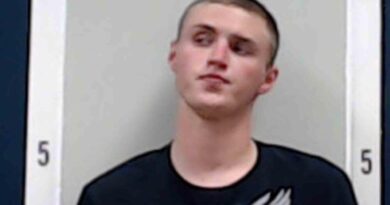 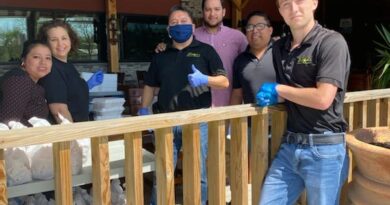