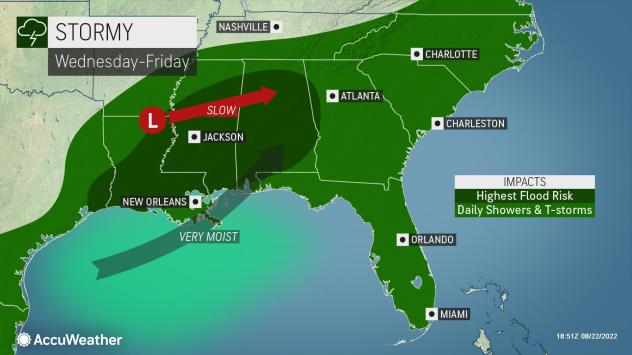 The highest flood risk is forecast for a zone from southeastern Texas through central and southern portions of Louisiana and Mississippi and much of Alabama.

AccuWeather Global Weather Center – August 23, 2022 – Heavy rain wreaked havoc and set records Monday around the Dallas area as more than 9 inches of rain led to widespread flooding problems in the city, with some surrounding areas inundated with more than a foot of rain over a 24-hour period. While central Texas is expected to dry out by midweek, AccuWeather forecasters say that will not be the end of the flooding story for parts of the south-central United States.

“The hardest hit locations in Texas will get a break over the coming days, but the heavy rainfall will shift eastward, bringing a continued flooding threat along with it,” said AccuWeather Meteorologist Andrew Johnson-Levine.

Moist air will continue to flow northward from the Gulf of Mexico, and this abundant moisture combined with multiple rounds of showers and thunderstorms will keep the flood threat in place this week.

When multiple thunderstorms repeatedly move over the same locations, this is known as “training,” forecasters say. The term comes from the fact that thunderstorms in this pattern move along the same path, just like trains on a track. This can sometimes result in one location getting several inches of rain in just a matter of an hour to two, while a location nearby may get much less.

The atmospheric setup for the storms is largely the same as the one that caused Dallas to be inundated by flooding rain late Sunday night and Monday morning. 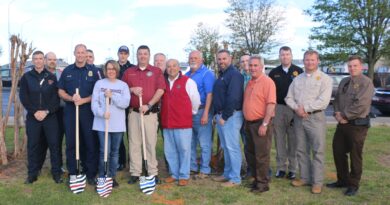 First Responders Appreciation Day to be held in Rainsville 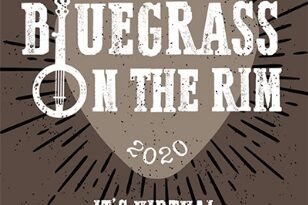