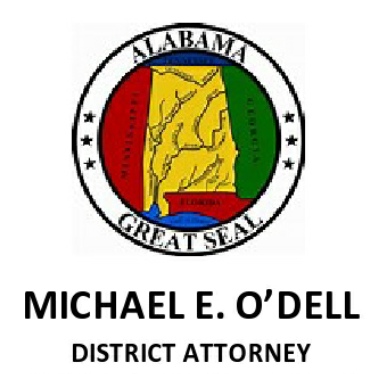 Convicted murderer, Donnie Abernathy, went before Circuit Court Judge Andrew Hairston for sentencing on Monday, November 29, 2021, after he was convicted by a jury of Capital Murder on October 18, 2021. By law, Judge Hairston had to make a thorough determination of all the circumstances, weighing both the statutory “mitigating” and “aggravating” factors before rendering what he determined was the just and appropriate sentence for the egregious crimes committed by Abernathy.

After presenting his sentencing order in open court, Judge Hairston proceeded to sentence Donnie Abernathy to death by lethal injection on the two Capital Murder Counts. In addition, Judge Hairston then sentenced Abernathy to the maximum on each of the other charges for which he was convicted by jury verdict. For the Attempted Murder conviction, the defendant received a LIFE sentence and a $60,000 fine. On the Criminal Mischief conviction, Abernathy was sentenced to 10 years in the State Penitentiary, while on the Attempting to Elude conviction, he was sentenced to 12 months in prison. All the sentences were ordered to be served consecutively with each other.

“It is always a very heavy burden for a prosecutor to ask for the death penalty in any case,” District Attorney Mike O’Dell pointed out. “     Standing before a judge or jury and requesting that someone be put to death for his/her crimes should never be taken lightly. Imposition of the death penalty is the ultimate punishment, only to be ordered and administered in the most heinous and egregious cases. In fact, over my 41 years as a prosecutor in this Circuit, I have only requested the Death Penalty four times. That is out of an estimated 250 homicide cases that I have prosecuted.”

“But I am certain it is an even more difficult decision for a Circuit Judge,” O’Dell said. “No matter how horrible the circumstances, ordering that someone be put to death is a tremendously burdensome task. It can never be done without the utmost confidence in the State’s case and the jury’s verdict. It is very clear that Judge Hairston labored over his decision in order to render the most fair and just sentence. His Sentencing Order is a testament to the deliberative process he went through. It was incredibly thorough and thought-out. But it came as no surprise, because it was an extension of the manner in which he presided over the case. I believe I can certainly speak for Deputy District Bob Johnston, as well, when I say it was an honor to present this Capital Murder case before him.”

“Once again, I would like to thank all the law enforcement personnel who worked so diligently to bring Donnie Abernathy to justice. It seems trite to say that his conviction and sentencing will somehow bring closure for the victims’ families,”  O’Dell said, “but I can assure you each one is extremely grateful to the jury that returned these verdicts, and to Judge Hairston for his sentencing. All these families can now move forward with trying to put together their lives that were shattered by Abernathy’s ruthless and merciless crimes.”