FORT PAYNE, Ala. — On Thursday night (May 2, 2019) Deputies with the DeKalb County Sheriff’s Office seized a large amount of cocaine on Highway 40 near Henagar.

At approximately 8 pm a Patrol Sergeant conducted a traffic stop near the Henagar Drive-In.

A K-9 unit was called to the scene. During the search, a large bag of white powder was found in the trunk of the vehicle. After Drug Task Force Agents arrived on the scene, the substance was found to be approximately ¾ pound of cocaine (301 grams).

The driver, Devonte Allison (25 of Huntsville) was charged with Trafficking in Any Illegal Drug and Possession of Drug Paraphernalia.

Two others were also arrested that night on Highway 40 for drug charges. Demarvin Wilson (25 of Atlanta, Georgia) and Antonio Johnson (27 of Kannapolis, North Carolina) were both charged with Possession of Marijuana 2nd and Possession of Drug Paraphernalia.

The arrests were made in separate traffic stops.

DeKalb County Sheriff Nick Welden said of the operation: “I’d like to commend our deputies on their hard work and attention to detail. This is a large amount of cocaine that won’t make it to its destination.”

Over the Last Three Weeks, 18 Have Been Arrested on Drug Related Charges 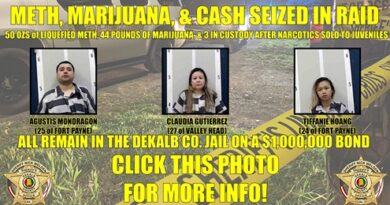 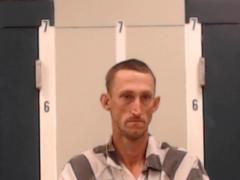