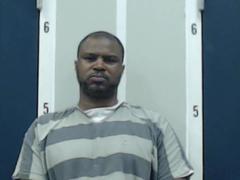 FORT PAYNE, Ala. — Early Saturday morning (March 30, 2019), the DeKalb County Sheriff’s Office received a call about a male sitting near the gas station at the intersection of Highway 35 and County Road 47 (Powell Crossing). It was believed that the individual had narcotics in his backpack.

A Deputy and Lieutenant arrived at the scene and located the individual. He was discovered to be in possession of Marijuana, Cocaine, Hydrocodone pills, Alprazolam pills, and Methamphetamine.

The suspect, George Matthews (45 of Madison) was taken into custody. On the way to the jail, he informed the Lieutenant that he had left his vehicle behind the Kangaroo gas station on Highway 35 in Fort Payne. After investigating the vehicle, it was discovered to have been stolen from Birmingham.

DeKalb County Sheriff Nick Welden said of the arrest: “DeKalb County is the home of several major highways and an interstate, meaning many stolen vehicles and narcotics could be passing through. Our deputies are actively patrolling these roads for suspicious activity, and we plan on increasing these patrols.”

“I’d like to commend our deputies for their hard work and due-diligence in making the arrest and following through with investigating the vehicle. I’d also like to encourage citizens to report any suspicious activity on our roadways by calling (256)845-3801,” said Welden. “As always, God Bless,” concluded Sheriff Welden. 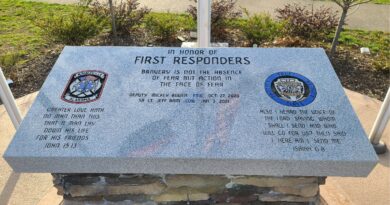 Dekalb County Deputies To Be Remembered At Memorial

ALDOT Watching Weather – Will Have Crews On Standby