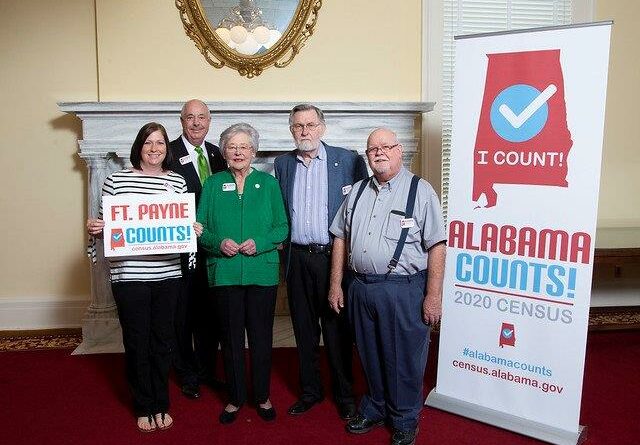 MONTGOMERY — More than 200 Alabama city leaders, county commissioners and others including representatives from DeKalb County joined Gov. Kay Ivey last week as she officially kicked off a year-long effort to ensure Alabama reaches maximum participation in next year’s census.

The Alabama Counts event at the state Capitol was conducted one year in advance of the 2020 Census to bring awareness of the importance of the count. The program also served as an avenue to unveil the Alabama Count’s census logo, introduce the theme of “I Count” and premier the state’s census website: www.census.alabama.gov and social media accounts.

“There is much to lose with low participation, however, with high participation there is so much to gain, and that is the message we have to hammer home in the next few months,” Ivey said. “I am so thankful for the presence of so many Alabama officials who realize the importance of the census and took time out of their schedule to attend this kickoff.”

A low count could result in Alabama losing federal funds relating to health care, education and roads and transportation, rural development and community programs. Many projections have Alabama at-risk of losing a Congressional seat to another state as a result of the census.

Members of the Alabama Counts 2020 Census Committee were also recognized by Ivey. The committee was created last summer by executive order under Ivey and is made up of an across-the-board representation of Alabama involving education, rural communities, faith-based organizations, business and industry, community-based groups, health care agencies and governments with the intention of reaching all sectors of Alabama to encourage census participation.

The committee is chaired by Kenneth Boswell, director of the Alabama Department of Economic and Community Affairs. ADECA serves as the governor’s liaison to the U.S. Census Bureau and is leading the initiative at the state government level.

“We at ADECA are challenged with serious issues on almost a regular basis, but I can think of nothing any more serious than obtaining maximum participation in the upcoming census,” Boswell said. “I encourage everyone to be an ambassador for Alabama in terms getting the message across that the results of this census will impact every individual for years to come.”

Beginning in mid-March 2020, Alabama households will receive a letter from the U.S. Census Bureau with instructions on completing 2020 census forms. The Census Bureau is encouraging an online response but will have a toll-free number for households to complete their information over the phone or request a traditional paper form. The Census Bureau plans to mail paper forms to households in rural areas with potentially low internet access. The information collected during the census is confidential and cannot be used against a person by any group or agency. 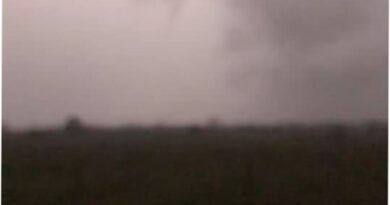