The Rainsville City Council met in regular session on Monday, February 3, 2020. In the meeting councilmen Taheri brought up an ordinance that was passed into effect on May 21, 1996, by the 1992- 1996 administration, to protect the streets of the city for the citizens of Rainsville.

According to sources familiar with the original passing of this ordinance, the ordinance was passed because many utility companies, like the Waterboard, were cutting the city streets, in many cases without permission, and then not repairing those streets back to the same standard they were before being cut.

The city had just started a new annual paving program to upgrade the city streets and was paving many miles of city streets each year with plant mix asphalt. This program was to give the citizens good quality roads within the city. But these expensive paving projects were being ruined by ill-mannered repairs being made by these utilities.

Although, this ordinance was passed and in effect, it seemly got lost and was not enforced by administrations since that time. This ordinance required any utility or contractor planning to cut a city street to contact city hall and to put up a deposit equal to the amount to return that portion of road back to the same or better condition, once the road had been cut.

After discussion, the current council decided to turn the ordinance over to the city attorney to make revision and add a penalty to the ordinance, for those that do not follow it.

In other business the council approved the following: 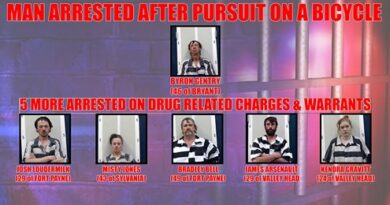 Arrests Made After Pursuits, One Involving a Bicycle 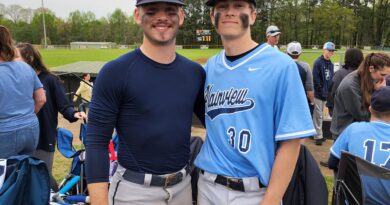