MONTGOMERY, ALA. — The Alabama High School Athletic Association, City of Birmingham, and the Greater Birmingham Convention and Visitors Bureau have reached a tentative six-year agreement that will keep Birmingham as the home for the AHSAA Basketball State Finals Championships through 2026.

Pending final approval from the AHSAA and the City of Birmingham, the tournament will continue the tradition started in 1994 of playing the semi-finals and championship games for both boys’ and girls’ basketball in all seven AHSAA classifications in Birmingham for the next six years.

Finals in the City of Birmingham through 2026,” said AHSAA Executive Director Steve Savarese. “Our schools look forward to the “Road to Birmingham” each basketball season. It is a great source of pride for our association to host this format, which is a rare undertaking across high school athletics. The AHSAA crowns 14 state champions each year on this outstanding stage thanks to the tremendous support of all of our partners in Birmingham.”

Birmingham Mayor Randall L. Woodfin is also proud of the partnership. “We are pleased to see the AHSAA State Finals continue to call Birmingham home through 2026,” Mayor Woodfin said. “Finishing the season in Birmingham has been the goal of every boys’ and girls’ basketball team across the state. Our city is honored to carry on the great tradition of hosting these student-athletes as they create memories which will

last a lifetime. As a progressive city focused on building a better future for our young people, we look forward to working closely with the AHSAA to celebrate championship-caliber high school sports for years to come.”

The AHSAA is gratified to continue working alongside the Greater Birmingham Convention and Visitors Bureau to bring the State Finals event to Birmingham and Jefferson County. GBCVB President and CEO, John Oros said, “With an expected economic impact exceeding $6 million, visitors from all over the state will continue to experience our region’s special brand of southern hospitality and the great renaissance that is transforming Birmingham and Jefferson County.”

The Legacy Arena at the BJCC will continue to serve as the backdrop for each year of the AHSAA State Finals with the exception of the 2021 Championships. The Legacy Arena will be unavailable due to the $123 million renovation project set to begin in the spring of 2020.

“With our venue so steeped in AHSAA basketball history, it is extremely exciting, and we could not be more pleased to have Birmingham and Legacy Arena continue to serve as the home of the AHSAA State Finals though 2026,” said BJCC Executive Director Tad Snider. “It is with great anticipation that we look forward to working with our partners while we undertake renovations. We know the fans, student-athletes, and our partners are going to be thrilled with the updates to Legacy Arena when the tournament returns to the BJCC in 2022.”

For the 2021 tournament, organizers will utilize Bill Harris Arena at the CrossPlex and Bartow Arena on the campus of the University of Alabama at Birmingham while the Legacy Arena at the BJCC is undergoing renovations. Savarese said, “While the final 2021 tournament game schedule and sites are still pending due to a variety of factors including Conference USA’s bonus play format, the AHSAA is excited to be partnering with UAB and the CrossPlex to maintain the high quality tournament atmosphere in 2021.”

“Enhancements to the Uptown area like the BJCC renovations and the addition of Protective Stadium –– UAB’s future football home –– are important economic development and entertainment projects,” said UAB President Ray L. Watts. “UAB is excited that Bartow Arena can keep the AHSAA State Finals in Birmingham in 2021.”

UAB Director of Athletics Mark Ingram said the school has a tremendous partnership with both the City of Birmingham and the BJCC. “When we were initially asked if we could host this event, we were thrilled at the opportunity to do so,” Ingram said. “Our entire department is looking forward to having all of these hard-working young men and women compete in Bartow Arena at UAB.”

The CrossPlex is also glad to host yet another championship event for the AHSAA. “The Birmingham CrossPlex is excited to play a part in hosting the 2021 AHSAA State Finals in the Bill Harris Arena,” said Taunita Stephenson, Director of the Birmingham CrossPlex. “It will be the third AHSAA state championship and seventh high school post-season event to be held at the CrossPlex during the 2020-2021 school year. Nothing makes us more proud than to see a student-athlete hoist a championship trophy in our building.”

Jamie Lee, AHSAA Assistant Director overseeing the sport of basketball, said he has learned first-hand just what the “Road to Birmingham” experience can be. “I was able to participate in the State Basketball Championships as a coach and saw just how much this experience meant to our players, coaches and community. Now working directly with the tournament, I have an even deeper understanding of just how important our partnership with Birmingham is for our member schools.”

Savarese said the AHSAA appreciates the continued commitment from its Birmingham partners. “On behalf of our more than 400 member high schools and approximately 150,000 student-athletes this association serves, I want to sincerely thank the community partners who have pledged their support to make this renewal happen,” he said. “This includes the City of Birmingham, the Greater Birmingham Convention and

Visitor’s Bureau, the BJCC and our 2021 partners – UAB and the Birmingham CrossPlex. “The AHSAA is truly grateful for each of these organizations for making the sport of basketball and hosting the AHSAA State Finals a priority and providing such memorable championships for these student-athletes and schools year after year.”

The Alabama High School Athletic Association, founded in 1921, is a private agency organized by its member schools to control and promote their athletic programs. The purpose of the AHSAA is to regulate, coordinate and promote the interscholastic athletic programs among its member schools, which include public, private and parochial institutions. For more information on the AHSAA, please visit www.ahsaa.com.

ABOUT THE AHSAA STATE FINALS:

The AHSAA Basketball State Finals brings together the Northwest, Northeast, Southwest, and Southeast regional tournament qualifier for both girls and boys in each of the AHSAA’s seven classifications for two semi-final round games and a championship game at one venue. Formerly known as the Final 48 Championships, the AHSAA Basketball State Finals hosts 56 teams for a total of 42 games across six days of play each year. The tournament was hosted for the first time in this format in 1994 in Birmingham by the Birmingham Tip-Off Club. The AHSAA absorbed full management in 2008. For more information on this year’s State Finals event, please visit www.statefinalsal.com . 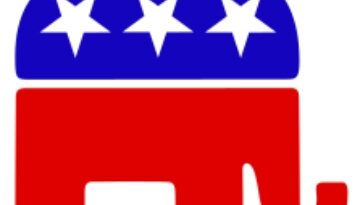