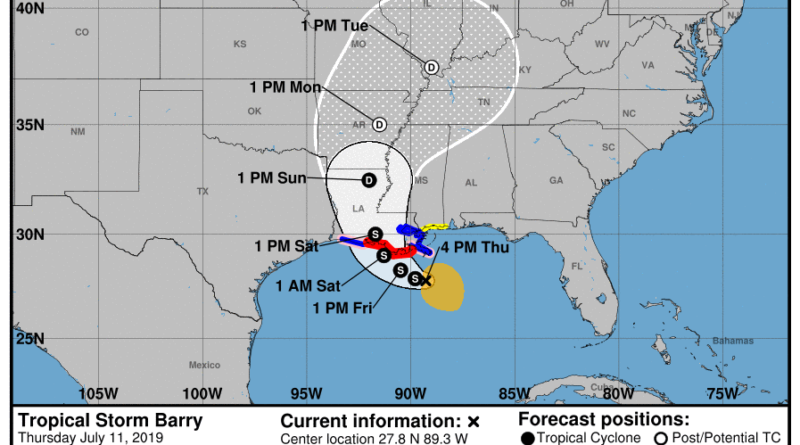 As Tropical Storm Barry churns in the Gulf of Mexico, residents of the Gulf Coast area are bracing for major flooding, especially in the Louisiana and Mississippi areas. There will be the potential for life-threatening storm surge along the Louisiana coast. The slow movement of Barry will bring heavy amounts of rainfall, which will result in possible flooding through next week, in the lower Mississippi Valley area. Flash flooding and river flooding will become increasingly likely, some of which may be significant, especially along the eastern track of the storm.

The current track of Barry will have the center moving along the Mississippi River and by Monday should be near the Mississippi, Tennessee, and Arkansas. and by Tuesday into the southern portions of Illinois. If you live along the track on this storm, remain weather alert and stay safe. 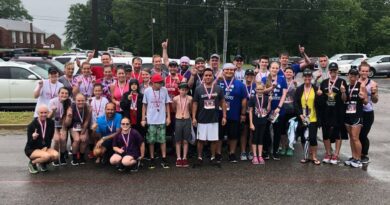 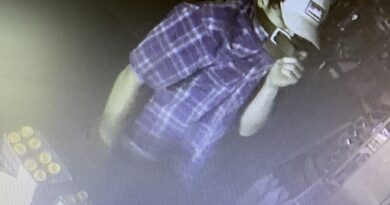 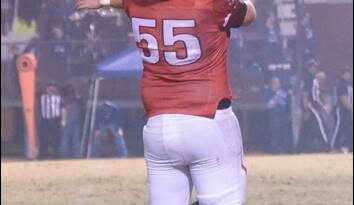