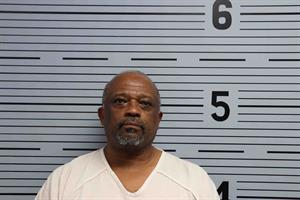 On Thursday October 3, 2019, the Jackson County Sheriff’s Office received a call of “shots fired” on County Road 100 in Section, AL.  Jackson County Sheriff’s Deputies, Section Police Department, DeKalb County Sheriff’s Office Deputies, and ALEA DTF agents responded to the area and located Demario Gunn and David Forsythe standing on the front porch of the a residence on County Road 100.  After talking to the subject’s, Gunn admitted to firing several round at someone but gave no reason why.  Deputies smelled a strong odor of marijuana on Gunn after which they located a small amount of marijuana on his person. Forsythe was also found to be in possession of a small amount of marijuana.

During a search of the residence methamphetamine, cocaine, marijuana, a 9 mm handgun and drug paraphernalia were located. Outside the residence, spent rounds were located and recovered.  Both subjects, along with Leroy Wilson who lived at the residence, were arrested and charged as follows: