BIRMINGHAM – Collinsville High School’s Lady Panthers looked like they had been there before Friday morning as girls played in their first state basketball championship game in school history.

Junior guard Hadley Hamilton made the first two 3-point shots she attempted and the Panthers matched Cold Springs step for step as Collinsville (29-3) beat the defending Class 2A state champions 58-45 to claim the AHSAA Class 2A state title. The Class 2A girls’ finals opened Championship Friday at the 98th AHSAA State Basketball Championships being held at Birmingham’s BJCC Legacy Arena. The championship was Collinsville’s first. Cold Springs (31-5) has won four state crowns including the 2019 title.

Hamilton finished with 16 points, going 4-for-8 from the 3-point arc and making all four free throws she attempted. Senior forward Brittany Rivera had 11 points and 13 rebounds to earn Class 2A state tourney MVP honors. She also had five assists, five steals and one blocked shot. Olivia Akins added 16 points and Tyla Tatum 13. Collinsville was 13-of-14 at the foul line for the game and 5-of-16 on 3-pointers.

Cold Springs’  Lady Eagles, coached by Tammy West, led the  nation in 3-point shooting last season and ranked among the nation’s top five this season. In Friday’s finals junior guard Toni West sank 5-of-9 and the team was 8-for-24. The difference came at the foul line, Cold Springs was 7-of-11, and on the boards. Collinsville out-rebounded the Eagles 32-19.

All championship games in the 2020 AHSAA State Tourney are being live-streamed over the NFHS Network’s subscriber-based platform and are also being shown over the AHSAA TV Network’s group of cable affiliates in Alabama. WOTM TV is producing all games and the AHSAA Radio Network is handling announcing duties for radio and TV during the semifinals.

All cable systems in Alabama have a chance to take the broadcast feed for all the games free of charge. If your local cable company is not televising the games, please contact them and ask them to join the AHSAA TV Network. 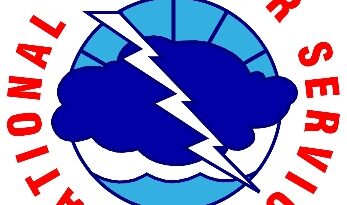 GA Hwy 301, in Dade County Georgia, is closed due to an accident. Affecting travel out of Alabama on Hwy 75