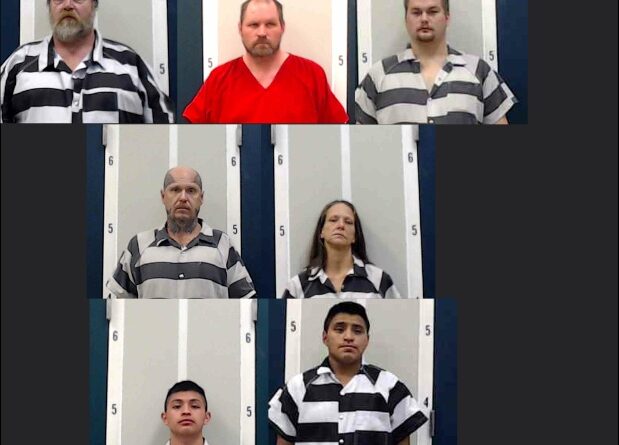 FORT PAYNE, Ala. — Several cases have been made regarding crimes against children in the last month. The charges have ranged from domestic violence due to child abuse and production of child pornography.

ICAC had received a tip regarding Child Pornography. That tip was forwarded to an Investigator with the DeKalb County Sheriff’s Office who is a member of the organization. During the search, evidence was recovered that indicated the suspect had received and sent images of child pornography.

On Friday (January 3, 2020), a search was executed on Highway 11 near Hammondville. DeKalb County Sheriff’s Office Investigators received information on the possible production of child pornography.

During the course of conducting the search warrant, evidence of the crime was found. Jessie Trammell (47 of Valley Head) was charged with Production of Pornography with Minors. Trammell is currently being held in the DeKalb County Detention Center on a $50,000.00 cash bond. More charges may be added upon completion of the investigation.

Last Saturday night (January 13, 2020), Deputies and Investigators responded to a report of possible child abuse on County Road 5 in the Collinsville area.

After investigating the incident, John Coy Denney (23 of Collinsville) was charged with Child Abuse after an incident involving an infant less than one year old. The Department of Human Resources (DHR) is assisting with the case. There may be more charges added after completion of the investigation.

Two sex offenders have also charged with violating the Sex Offender Registration and Notification Act (SORNA). A violation occurs when a person already convicted of a sexual offense fails to meet the requirements of SORNA.

On Wednesday, December 27, 2019, Pedro Pascual Jr. (21 of Crossville) was charged for a SORNA violation when it was discovered he was living in a home with children. Pascual became a registered sex offender after he was charged with Rape 2nd Degree and Sodomy 2nd Degree in April 2018.

On the same day, Jonathan Richards (41 of Geraldine) was charged with a SORNA violation for failing to register for six months. Richards was registered as a sex offender after being convicted on an Indecent Exposure charge in Florida. He was also charged for breaking into several vehicles in the Geraldine area shortly before Christmas and remains in the DeKalb County Detention Center.

DeKalb County Sheriff Nick Welden stated of the arrest: “As a county, children are one of our greatest assets to building a better future, and they must be protected at all costs. Abuse, whether sexual, physical, or emotional, can deeply affect a child for a life time. That is why these incidents must be taken so seriously.”

“I’d like to thank our deputies and investigators for their tireless work on these cases. Knowing that there will be serious consequences in these cases can serve as a deterrence to those thinking about committing future crimes. I’d also like to thank DHR and ICAC for their role in helping with these incidents.”

What Is Killing America Is FEAR, Not COVID-19.

Alabama Hwy 68 To Close At The Railroad Crossing on December 11, 2019 In Collinsville, Al.