Latest News Sports
February 22, 2019July 8, 2019 Staff Reporter
The Plainview High School Varsity Boys basketball team continues to brand itself as a consistent winner, seizing their 3rd consecutive regional tournament championship on Wednesday and thereby securing their opportunity to play at Birmingham for the AHSAA 3A state championship. On Monday, Plainview (29-4) defeated Fultondale (21-7) by a score of 68-53.  Plainview started off hot, stunning the more athletic Fultondale team with 19-5 lead after one quarter of play.  Plainview extended their lead to 60-26 by the end of the third quarter.  Caden Millican led the Bears with 16 points and 7 rebounds, hitting 4 of 5 from 3-point range.  Koby Tinker, the only other scorer in double figures, added 11. Two days later, Plainview secured their trip to the Final Four by defeating Piedmont 57-45.  Plainview frustrated the Bulldogs with the 3-ball and a full-court press, gaining an early 11-2 advantage and leading at halftime 39-24.  Piedmont mounted a comeback in the third quarter, but the Bears maintained a 47-40 lead. When the final buzzer sounded, the Bears had outscored the Bulldogs by 12 and earned a chance to continue their quest for another state championship in Birmingham. Caden Millican scored 12 points and captured 9 rebounds. For his efforts in both games, he was named regional tournament MVP.  Haden White scored 15 points and pulled one rebound. White was also named to the regional all-tournament team. Plainview has an uncommon style of play based in traditional values.  When most watch this team play for the first time, they are overwhelmed at the team’s willingness to shoot from the 3-point line. However, do not be fooled.  After watching this team play, even the casual observer has to be most impressed with how hard this team plays – with extreme effort and a toughness that garners attention from beyond the Plainview faithful.  Comments regarding Plainview’s effort on the court include such as, “ I respect how hard the team plays,”  or “they play the game the right way.” Their defensive buy-in and all around sell-out on the court is undeniable and keeps them in contention to win championships. In a sport that is marketed on to us on the college and professional levels with individual players, who is the superstar on this team?  Caden Millican said it best in commenting on his receiving the Northeast Regional Tournament Most Valuable Player Award:  “It is a team award that one person gets to take home.” Millican certainly exemplifies the team’s principles of excellence by his extreme effort, skilled shooting, and willingness to deflect the spotlight. Plainview will play at Legacy Arena in Birmingham at 1:30 pm Tuesday against Prattville Christian. 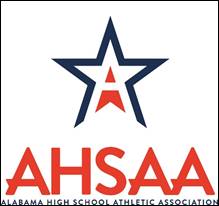