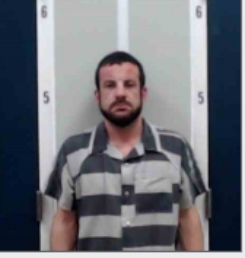 On Monday, December 7th, a homeowner called 911 to report their home alarm system going off on County Road 637 near Mentone.  Upon arriving at the residence, deputies of DeKalb County Sheriff’s Office, along with Mentone Police Department, found a black Nissan car in the driveway occupied by Christopher Wayne Loyd (30 of Rome, GA) and Mary Elizabeth Studdard (29 of Silver Creek, Ga).

As a result, both were arrested and charged with Criminal Trespassing 3rd.  As a result of the arrest, marijuana and drug paraphernalia was located on Studdard.  During a search of the vehicle, methamphetamine, two marijuana joints, a syringe, a 9mm pistol, a lock pick set and what is believed to be burglary tools were recovered.

DeKalb County Sheriff Nick Welden said of the incident:“ I am proud of the DeKalb County Sheriff’s Deputies and the Mentone Police Department for their swift response in this case.  This is just another sign of our guys working together to get crimes solved.”