Report to Congress Concludes That 3-Digit Dialing Code Would

Improve Access to This Critical Service for Americans in Crisis

WASHINGTON, August 15, 2019—The Federal Communications Commission’s Wireline Competition Bureau and Office of Economics and Analytics today announced that they have sent a report to Congress which recommends that the Commission consider designating 988 as the 3-digit dialing code to be used for a nationwide suicide prevention and mental health crisis hotline.  The report, mandated by the National Suicide Hotline Improvement Act of 2018, finds that such a 3-digit number “would likely make it easier for Americans in crisis to access potentially life-saving resources.”

Suicide prevention assistance is available today through the National Suicide Prevention Lifeline, which has a 10-digit number, 1-800-273-8255 (TALK).  This national network of 163 crisis centers is funded by the Department of Health and Human Services’ Substance Abuse and Mental Health Services Administration (SAMHSA).  Calls to the Lifeline are routed from anywhere in the United States to the closest certified crisis center, and in 2018, trained Lifeline counselors answered over 2.2 million calls and over 100,000 online chats.  The National Suicide Hotline Improvement Act directed the FCC, in consultation with the SAMHSA, the Department of Veterans Affairs, and the North American Numbering Council, to study the feasibility of using a simple, easy-to-remember 3-digit number for a national suicide prevention and mental health crisis hotline system.

“There is a suicide epidemic in this country, and it is disproportionately affecting at-risk populations, including our Veterans and LGBTQ youth,” said FCC Chairman Ajit Pai.  “Crisis call centers have been shown to save lives.  This report recommends using a three-digit number to make it easier to access the critical suicide prevention and mental health services these call centers provide.  I intend to move forward on this recommendation.  In the meantime, my heart goes out to anyone facing a crisis.  I hope they will contact 1-800-273-TALK for support today.”

Chairman Pai is committed to launching a rulemaking proceeding in which the Commission would consider designating a 3-digit number—specifically, 988—for a national suicide prevention and mental health crisis hotline.  The report examines the feasibility of using various 3-digit numbers and finds that 988 could be implemented more easily and quickly than repurposing an existing 3-digit N11 code like 511 or 611.  The rulemaking would collect further public comment from all interested stakeholders on the findings in the report.

The report was provided on Wednesday to a number of House and Senate Committees, and is available at: https://docs.fcc.gov/public/attachments/DOC-359095A1.pdf 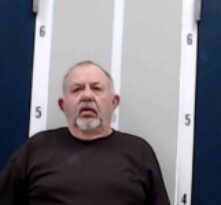 Arrests Made In Drugs Being Sold Close To Fyffe High School