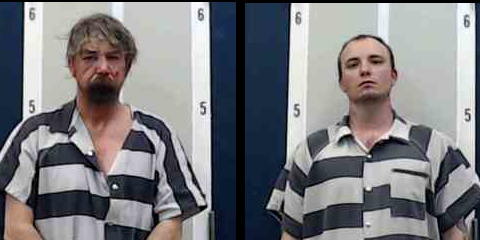 FORT PAYNE, Ala. — Last night, DeKalb County Deputies were involved in two different high speed pursuits with suspects on motorcycles. Both suspects were taken into custody and a Reserve Deputy was injured.

The first chase began when a deputy attempted to stop a motorcycle on Adamsburg Road (County Road 78) at approximately 8 pm near Fort Payne for a traffic violation. When the deputy activated his blue lights and sirens, the suspect accelerated to a high rate of speed. The bike traveled down County Road 78 at speeds around 120 mph.

The suspect, Ricky Esslinger (26 of Fort Payne) was arrested and charged with Attempting to Elude, Resisting Arrest, Reckless Endangerment, Reckless Driving, Speeding, Improper Lights, Driving While Suspended, and Operating a Vehicle Without Insurance.

The second chase occurred at approximately 2:30 am when a deputy observed a motorcycle turn on County Road 52 from Highway 75 (near Geraldine) and almost wreck. When the deputy attempted to stop the suspect, he accelerated at a high rate of speed, eventually turning on to Highway 227 and then on to County Road 36.

The vehicle pulled into the parking lot of the Geraldine Fire Department, but would turn around and charge the patrol vehicle, nearly ramming it. The suspect lost control on County Road 36 near Geraldine School, but would get back up again, got back on the bike, and nearly ran over a deputy.

The deputy was able to grab the suspect, who dragged him down the road about 10 yards until the suspect laid the motorcycle down. The suspect then attempted to flee on foot and was apprehended after a scuffle.

During the incident, a Reserve Deputy received a concussion and sprained wrist while attempting to make the arrest. He was transported by DeKalb Ambulance Service (DAS) to DeKalb Regional Medical Center and was released this morning.

After placing the suspect in custody, deputies recovered methamphetamine, marijuana, and drug paraphernalia. 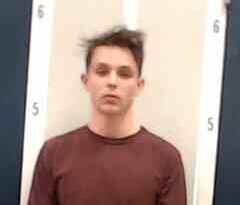 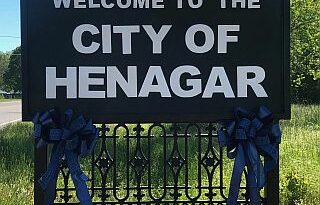