The Deputy attempted to make contact and investigate the vehicle, when the single occupant (later identified as Tyler Douglas Hicks) fled at a high rate of speed. The pursuit continued through Cave Springs, Mason Rd, Cloverdale Rd and entered dirt roads in Dekalb County, Alabama.

The suspect vehicle crashed on Co Rd 512 (near the Sulfur Springs Exit) where the suspect then fled on foot. Our Deputy drove through a field and successfully apprehended the suspect. Tyler Hicks has outstanding warrants through our agency in addition to Felony Fleeing and multiple traffic offenses.

He is currently being held at the Dekalb County Jail awaiting extradition back to Georgia.We would like to thank the Dekalb County Sheriff’s Office for their assistance and professionalism.(No parties were injured: no law enforcement vehicles damaged during the pursuit) 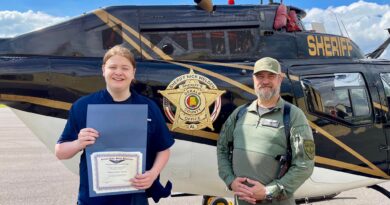