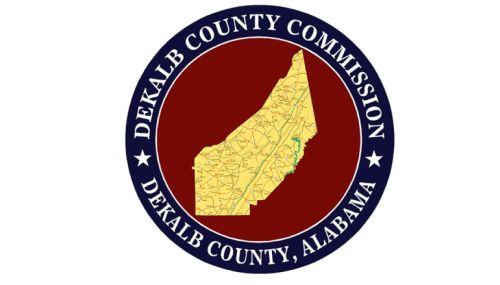 In the meeting Tom Broyles, Superintendent for the road department, gave a brief update on reclaiming work, chert being hauled in, grading, and packing work being done in the Ider area. He stated the department hopes to get started soon on the Hwy 835 project. Mr. Broyles brought two retirement recommendation to the commission, which were approved. The commission also approved posting those positions, to fill those vacancies within the road department. The commission also approved sending six surplus vehicles to auction in September.

The commission approved the resignation of Tiffany Graben, as Property Specialist, presented by Tyler Wilks, Dekalb County Revenue Commissioner. The commission then approved to post that position, to hire someone to fill that job.

The commission approved EMA Directory Anthony Clifton’s request to attend the IAEM Conference in Savanah, Ga., November 15th – 20th. Mr. Clifton reported that back in 2007 ten stakeholders went in together to build a “super tower” on tower hill, on Lookout Mountain, for these different stakeholders to use. The tower committee has recently met and decided moving forward that each stakeholder needs to appropriate an additional $15,000.00 each for maintenance, upkeep, and for the next, final, expansion phase. Once the final phase is finished, there is the possibility of renting tower space. The county has three stakeholders, The EMA, The County Commission, and The Sheriff’s Department. The County Commission approve the additional appropriation of $45,000.00, for those three county stakeholders. Mr. Clifton stated that this has been, and remains, a good investment for the County, because having to rent tower space for just one antenna would normally cost around $2,000.00/month. The county has only been having to pay around $138.00/month for their part of the “super tower” project.

Mr. Clifton announced that on September 3, 2019, at the County Activities Building, there will be a Dekalb County All Hazards Planning Work Group meeting to discuss grant money that has become available.

Approved the resignation of Trey McMeekin from the Sheriff’s Department

Approved to hire to new employees to fill vacancies at that department.

Approved to send two to ACCA training on September 11th and 12th.

Approved to send the SRO’s officers to the 2nd round of Criminal Justice Continuing Education Training, September 8-9, 2019.