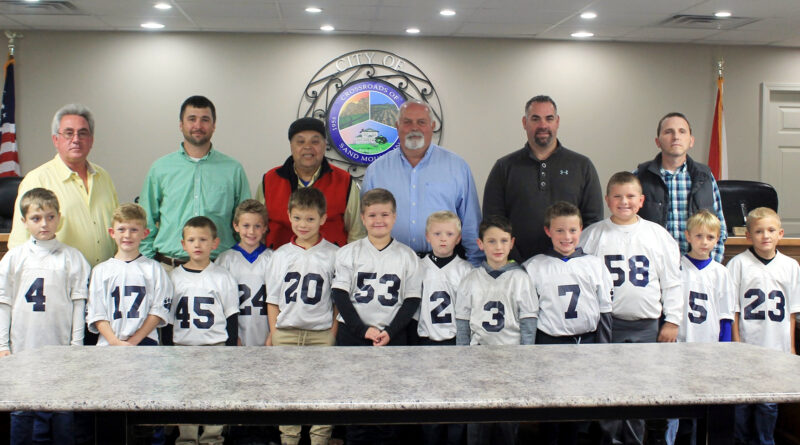 The Rainsville City Council recognized the Plainview Pee Wee B & C football teams, at their meeting on Monday, November 4, 2019. The C team won the Superbowl in Albertville, Al. and finished with a (10-1) record. The B team was the runner-up in their Superbowl  game and finished with an (8-3) record.

Mayor Rodger Lingerfelt stated, “We have a great group of kids here. Great group of football players. They’ve worked hard all Summer, hot, man I was up there and it was hot. Those coaches were pushing you and look how good it done you. You made it to the finals, made it to that Superbowl you’ve been wanting. That is absolutely great!”