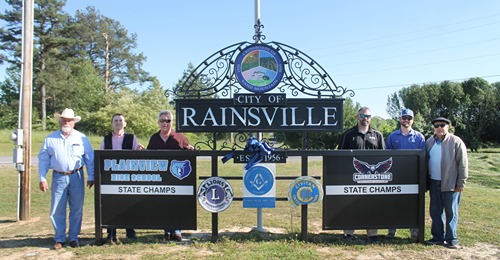 The City recently added new signs at each of the four welcome sign locations within the City of Rainsville. The new signs were added to recognize the accomplishments by Plainview High School and Cornerstone Christian Academy in their various school programs. 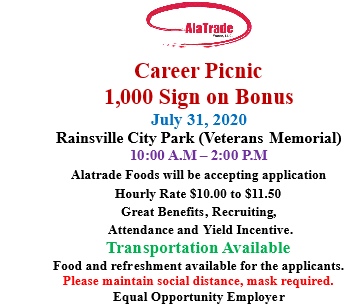