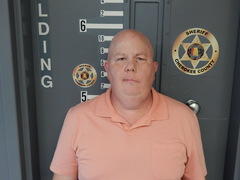 A Cherokee County Grand Jury indicted a Centre man last week in connection with a case involving the theft of funds from the Sheriff’s Office and the County Commission.  Stephen Studdard, 48 of Centre, was arrested on Tuesday, and booked into the Cherokee County Detention Center on a two count grand jury indictment for first degree theft of property.  Studdard, who was formerly employed as a corrections officer, was tasked with the handling of inmate monies used to make purchases from the jail commissary, and is accused of taking funds from that account.  The missing funds are profits from the jail commissary and medical co-pays making the Sheriff’s Office and the County Commission both victims in this case.

According to Sheriff Jeff Shaver, the theft was discovered by the Sheriff’s Office during a routine internal financial audit.  In addition to the required public account audits conducted by the Alabama Department of Public Examiners, the Sheriff’s Office contracts with a retired examiner to conduct more frequent internal audits, according to Sheriff Shaver.  Sheriff Shaver said, “without this, it could have been much later before the crime was discovered.”

Sheriff Shaver said, “Upon discovery of the theft, we immediately contacted the District Attorney’s Office to conduct a follow-up investigation and prosecute the case.”

Sheriff Shaver said, “Public officials are entrusted to perform their duties honestly and above reproach. My office — working with the District Attorney’s Office, the Alabama Ethics Commission, and the Alabama Department of Public Examiners — is committed to ensuring that the violators of the public trust be held accountable under the law.” 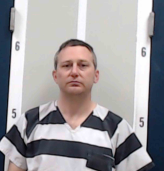