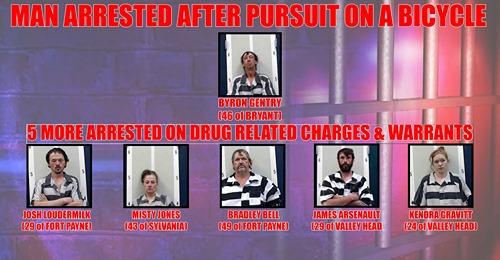 FORT PAYNE, Ala. — A man is in custody after leading a deputy on a chase while on a bicycle last night.

The incident occurred around 10:30 pm. A deputy who was conducting extra patrol on County Road 784 (near Cartersville) encountered a subject on a bicycle. When the deputy neared the subject, the subject fled into a yard.

The subject then traveled onto County Road 141 and refused to stop despite the deputy’s commands. After another deputy joined the chase, the subject then fled on foot into a nearby wooded area.

The subject, Byron Gentry (46 of Bryant) was located and found to have an outstanding warrant for Domestic Violence. Gentry received additional charges of Resisting Arrest and Attempt to Elude.

Late last week, DeKalb County Deputies were involved in another chase. This time, with an automobile.

The incident occurred last Tuesday (April 21, 2020) around 11 pm when a deputy noticed a car driving without headlights on Highway 35 near the Jackson County line. When the deputy attempted to stop the vehicle, it accelerated at a high rate of speed.

The suspects would strike the deputy’s vehicle while in a residential yard on County Road 120 before finally coming to a stop. A male and a female subject were taken into custody on scene. Methamphetamine, Marijuana, and Drug Paraphernalia were found while searching the vehicle and suspects.

The same night, another individual was arrested on warrants and methamphetamine was found during a traffic stop.

The arrest was made after an Interdiction Agent made a stop near the intersection of County Road 94 and Highway 35. The driver of the vehicle was found to have four outstanding warrants with the DeKalb County Sheriff’s Office.

After a Narcotics Agent arrived to assist, methamphetamine and drug paraphernalia were located within the vehicle.

Earlier on Tuesday, Deputies and Investigators went to a residence on County Road 1000 to serve an arrest warrant after numerous complaints from the community. James Arsenault (29 of Valley Head) was arrested on a warrant of Theft of Property 1st Degree.

DeKalb County Sheriff Nick Welden said of the arrests: “I’m glad that no one was hurt in these pursuits. Last night’s chase is a good example of how some will run even when they obviously have no real means of escape.”

“I want to personally thank our guys and girls for putting in the hard work to keep our county safe, even when it means they are at greater risk during the coronavirus pandemic. While many public services are suspended during this time, our profession doesn’t afford us the opportunity to stay at home,” he said. 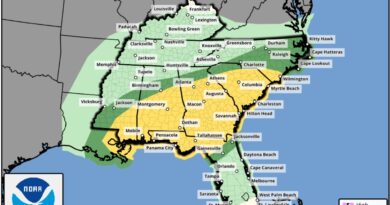 Severe Weather Possible Across The South This Saturday

April 22, 2021 Mark Huber Comments Off on Severe Weather Possible Across The South This Saturday 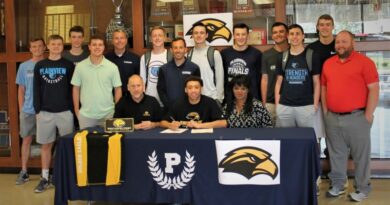 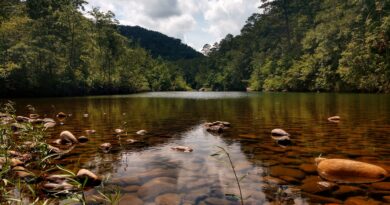