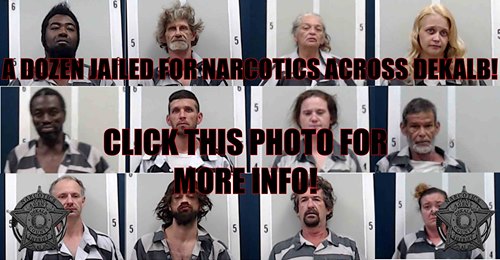 FORT PAYNE, Ala. — Multiple narcotics-related arrests have been made over the last couple of weeks in several incidents around the county.

On Friday, August 28th around midnight, a member of the DeKalb County Interdiction Team attempted to conduct a traffic stop on Highway 75 between Rainsville and Sylvania. The vehicle accelerated to a high rate of speed and continued on to Rainsville. After officers with the Rainsville Police Department blocked the intersection of Highways 75 and 35, the driver was taken into custody.

During the arrest of the suspect, methamphetamine and drug paraphernalia were located. Terrance Bishop (55 of Fort Payne) was charged with Possession of a Controlled Substance (x2), Attempting to Elude, Driving Under the Influence (Controlled Substances), Resisting Arrest, and Reckless Endangerment (x4).

On Tuesday, September 1, 2020, DeKalb County Narcotics Agents went to a residence on Gregory Drive in Collinsville with Officers of the Collinsville Police Department to serve an arrest warrant. While at the residence, a suspect ran on foot and was captured after a short chase. During the arrest, synthetic marijuana was found on the suspect. Simon Simpson (28 of Collinsville) was charged with Unlawful Possession of a Controlled Substance, Unlawful Possession of Drug Paraphernalia, Attempting to Elude, and Resisting Arrest.

Three others were also arrested after synthetic marijuana and drug paraphernalia was discovered at the residence. Wendy Smith (30 of Collinsville), Bruce Jones (39 of Collinsville), and Melinda Davis (34 of Collinsville) were all arrested on charges of Unlawful Possession of Drug Paraphernalia. Smith and Jones also had several outstanding warrants for Failure to Appear.

On Thursday, September 3, 2020, DeKalb County Narcotics Agents were assisting ALEA with annual marijuana eradication on Lookout Mountain. A marijuana growing operation was found at a residence on Highway 176. While the operation was being dismantled, methamphetamine was also discovered.

On the same day as part of the eradication operation, ALEA located another illegal growing operation on Road 919 in the Lookout Mountain area. The plants were seized and warrants will be obtained for the suspects.

Later that day, Agents returned to the residence on Gregory Drive in Collinsville in an attempt to serve a felony arrest warrant. While at the residence, synthetic marijuana and drug paraphernalia were located. John Orr (53 of Collinsville) was charged with Unlawful Possession of a Controlled Substance and Unlawful Possession of Drug Paraphernalia, in addition to a felony warrant for Failure to Appear.

DeKalb County Sheriff Nick Welden said of the arrest: “This is a great job by our Narcotics Agents, Deputies, and Investigators. Our guys work great as a team in getting drugs of our streets and the offenders in jail.”

“We are going to stay relentless at the task of making dangerous drugs more difficult to find in our county. I’d also like to thank the local agencies and ALEA for aiding in this task. Their help and support is crucial in this fight,” he said. 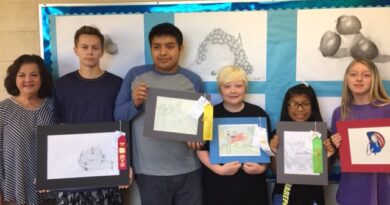